If You’ve Seen One Château, You Haven’t Seen Them All! 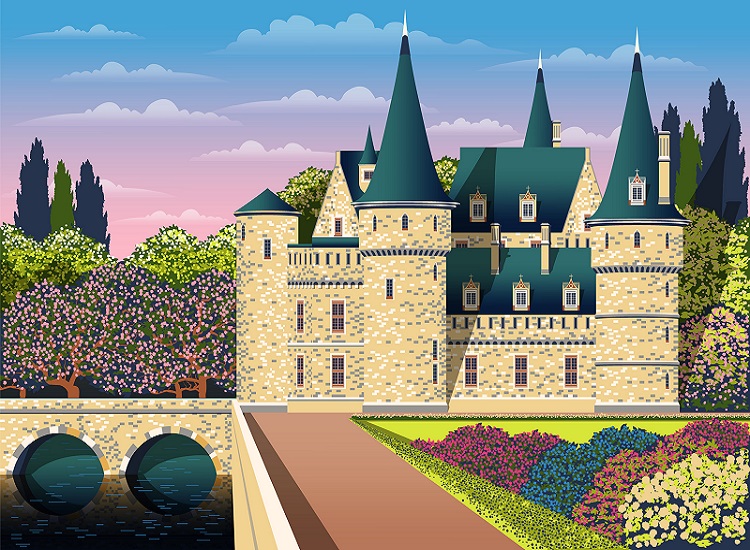 Forest Gump said that life is like a box of chocolates, and that certainly holds true with French châteaux – they are as just as varied as a box of Godiva and vive la différence! You may be planning a visit France to enjoy a memorable château experience; so as to maximize your French holiday and make your visit as fulfilling as possible, here are a few tips on what to consider as you plan:

Ask yourself if you only be visiting the château for the day as a tourist – or if you’ll be seeking out a château where you can stay as a guest in order to more fully experience the opulence. Many châteaux throughout France have been renovated as luxury bed and breakfasts and offer you the opportunity to spend a few days or longer so as to immerse yourself in their grandeur. And, after all, who hasn’t dreamed of having such a fairytale experience? One such place in Suisse Normandie is Château la Cour where Brits David and Lesley will welcome you with options for B&B or self-catering.

Other châteaux have been renovated as event centers, offering themselves as venues for weddings, anniversaries or other special occasions. One such notable venue is Château de la Motte Husson which has been lovingly restored by the now famous Dick and Angel Strawbridge (as featured in the popular Escape to the Château television series). Some châteaux have been restored to their former glory as historical attractions (Monument Historique), and are open to the public as living museums, such as the 16th century Château de Pontécoulant located in Normandy, and owned and operated by the department of Calvados since 1896. Among other things, they offer horse and carriage rides as well as guided tours and teas

For larger families, or corporations seeking a truly unique experience – some French châteaux are rented out by the week on a self-catering basis, while others even offer catering by a Michelin chef, such as the jaw-dropping, five-star Château d’Audrieu.

There are also châteaux throughout France that have been converted into residential community for like-minded persons, such as Domaine de Longeval which is now a center for the followers of (and for those interested in) Hridaya yoga.

Perhaps you might even be looking for a longer, more immersive experience at a château wherein you could live for a month or longer on a work-stay program. Several hours of labor a day will earn you room and board, and give you memories to last a lifetime plus the satisfaction of knowing that you have had a hand in restoring a stately piece of French history to its former glory.

We know the owners of several of the French châteaux who are actively looking for able-bodied individuals to participate in a work-stay program. We also know of a French château, Mas de Pradié, seeking applicants for their 2020 artists-in-residence programme! In the popular Escape to the Château DIY television series, I’ve counted more than 30 French châteaux and watched these brave expats with great interest as they lovingly revive their historical landmarks. Of course, such renovations take years – oh, and yes, money… LOTS of money!

The business models vary from château to château and are totally diverse! How to enjoy la vie en France whilst doing renovations on a limited budget – and have your château generate an income for you? Tim and Margreeth of Château des Lys (originally built as a school for boys) have 13 en suite bedrooms and host small busloads of Brits who cross La Manche for a weekend stay to visit local attractions. Want to stay in the éther Français longer? Ask them about their fractional ownership scheme.