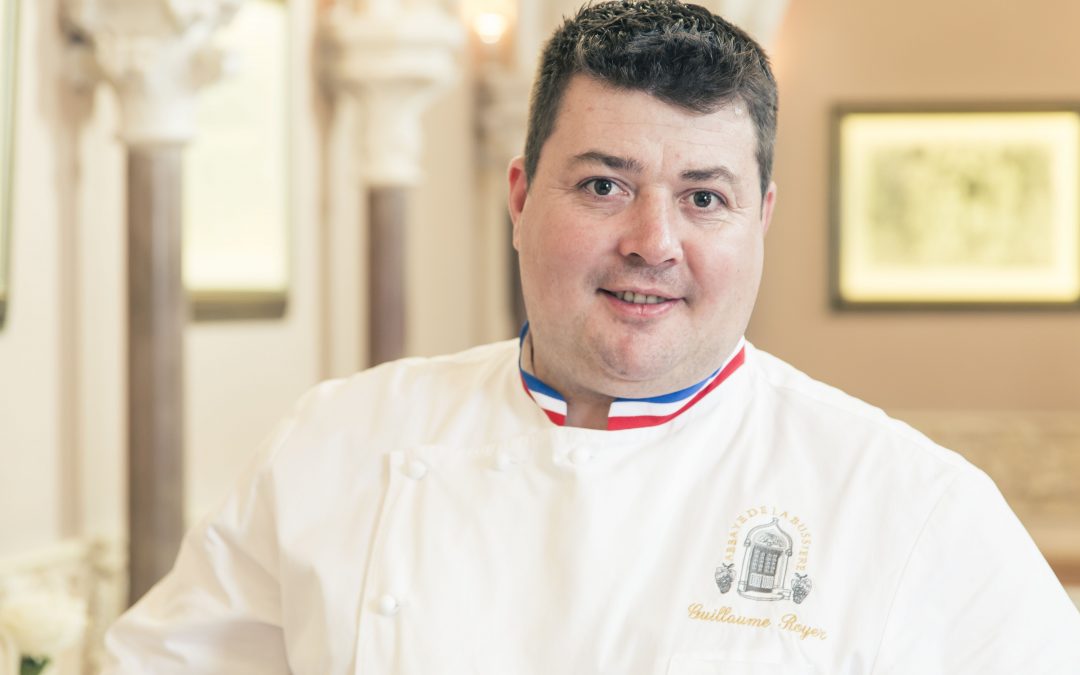 By way of some diversion we thought we would bring you a recipe which has been kindly provided by a Michelin star chef, Guillaume Royer.  Guillaume (pictured) is Executive Chef at the 1 Michelin Star Restaurant 1131 which is located in Burgundy within the beautiful 12th Century Cistercian Abbaye de la Bussiere luxury hotel and special event venue which you will have seen on Escape to the Chateau DIY Series 1 in 2018 (and sadly we have not seen since). 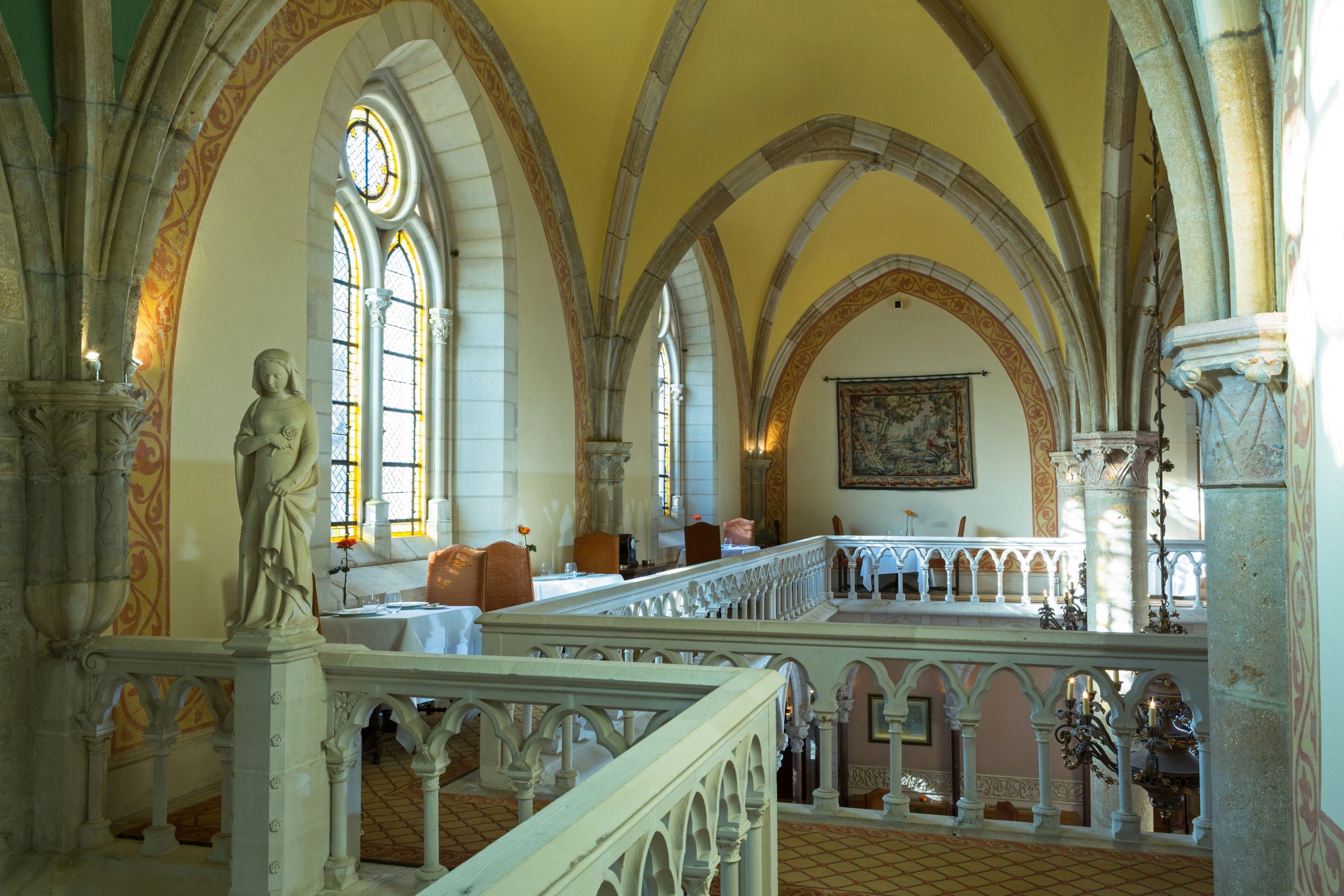 In 2015 Guillaume was awarded the prestigious Meilleur Ouvrier de France a unique and prestigious award in France.  You can watch Guillaume at work in this YouTube video which is in French.

Guillaume, along with the owners of the Abbaye de la Bussiere, Clive and Tanith, have kindly provided us with one of his recipes for Asparagus and Gambas Risotto designed as a “Romantic Dinner for Two”. 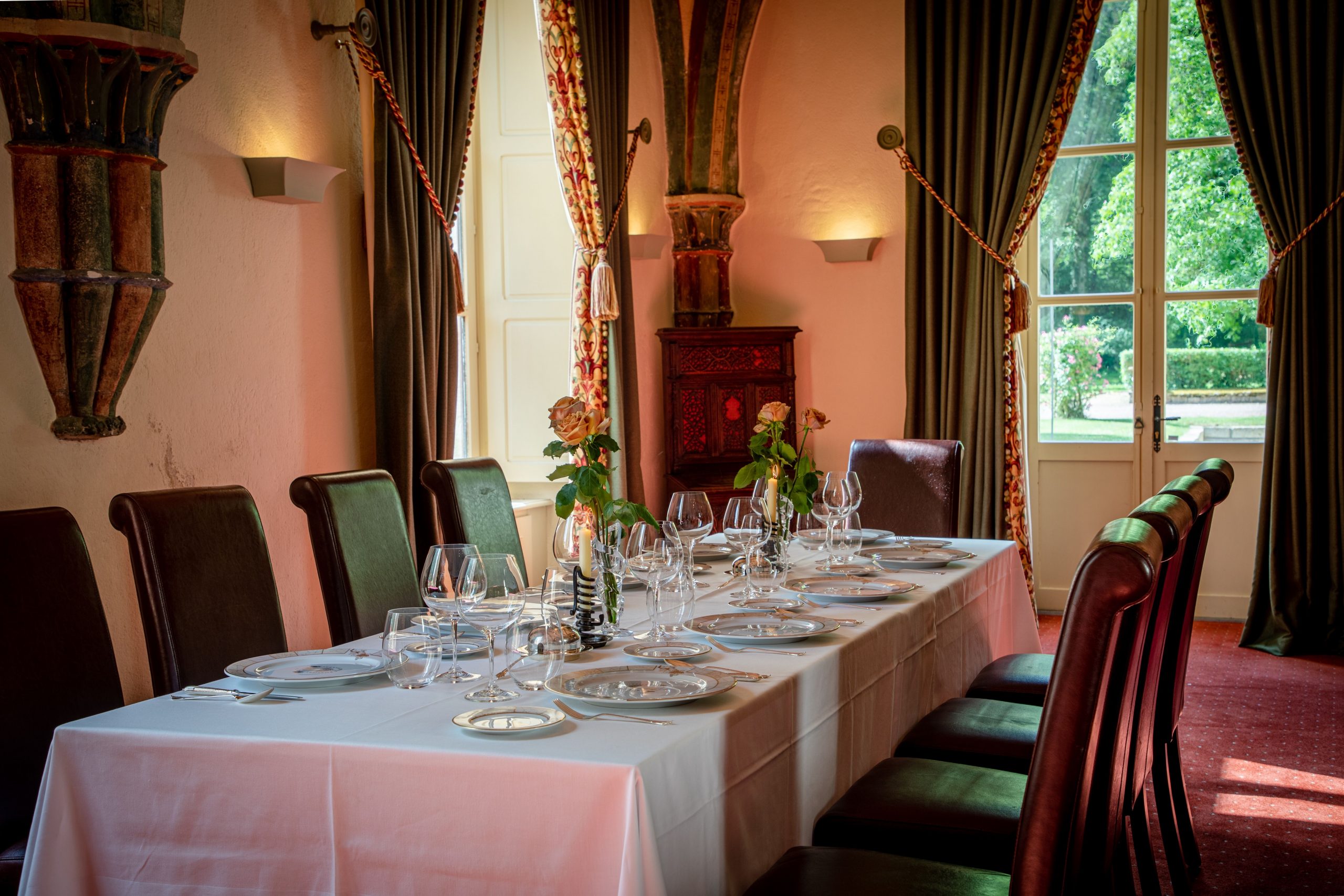 During these stressful times why not indulge a little, we all have the time.  Get yourself a great bottle of Burgundy, set the table like this (well in our dreams) and take yourself away from the current reality.  Bon appetit!

PREPARATION :  Put the gambas in cold water in order to be able to shell and clean them more easily. Lightly season them and then seal them in a hot pan with some olive oil until they are gently coloured. Once the gambas are coloured deglaze them with a knob of butter, a soup spoon of Marc de Bourgogne and some of the chicken broth, which will be saved for the sauce for the dish.  Put them into a bowl and cover with cling film, so that the condensation keeps the gambas moist.  Cut off the foot of the asparagus and discard. Put them into a pan with half a centimetre of water, a drizzle of olive oil, zest of a lemon, a pinch of salt, a sprig of thyme then cover with cling film and bring to the boil. Count 4 minutes after bringing to the boil, stop the cooking and take off the cling film.  The asparagus should be « al dente » and have kept their colour.  Place the asparagus on a plate and quickly run a drop of water over them to prevent them from cooking further, (30 seconds maximum).  Put them to one side.

FOR THE RISOTTO : Put half an onion in a saucepan with olive oil and let it sweat.  Add 200 g of rice and heat until it becomes translucent. Deglaze with half a glass of dry, white wine and then with some of the chicken broth.  Bring it to the boil, regularly adding the chicken broth so that it does not go off the boil (about 15 minutes).  Meanwhile, cut the asparagus into small 2 to 3 cm pieces, with the heads a little longer, (about 5 cms). Put the small pieces in a bowl with the gambas and keep the heads for the risotto.  Once the rice is cooked, sprinkle with 2 soup spoons of parmesan and to make it unctuous, add a little fresh cream and then add the cut asparagus heads.

PLATING : Put the rice into a shallow bowl and put the cut asparagus and gambas on top.  Then drizzle the jus all around the risotto.  Guillaume’s handy tip : you can add a few saffron pistils or a few pinches of Espelette chilli pepper.