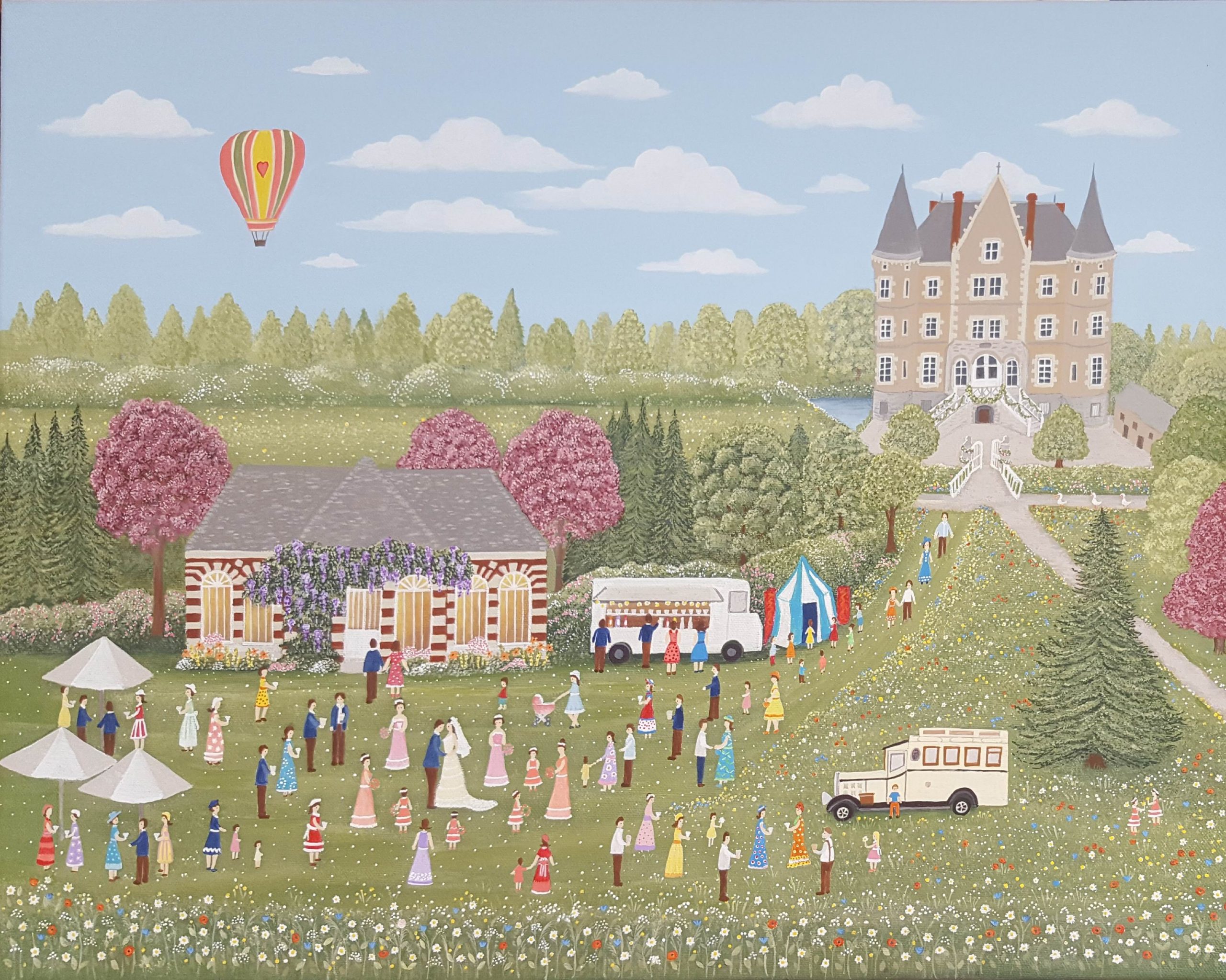 The Fascination of Dick and Angel’s Escape to the Château DIY : Last night my husband and were watching reruns of Channel 4’s Escape to the Château DIY. Even though we have already watched the series it was still strangely fascinating and we remained glued to the TV watching Dick and Angel working their magic on their own Château de la Motte Husson as well as advising, guiding and sharing their experiences with the next generation of château owners.

We bought a home in Normandy earlier this year under the misapprehension that “all it needed was a lick of paint”! Five months later we still have not unpacked and moved in, we’re still in total chaos and nowhere close to actually having “a home”. This week for example we have two workers renovating our bathroom and two painting those awful brown wooden ceilings so loved by the French (and the Germans for that matter) a brilliant white. We’ve had workers invading the sanctuary of our home for weeks – no months.

I only tell you this because, during the programme last night, our son piped up “Mum, why are you watching this when all you’ve seen for months is renovations going on around you, I thought you were fed up with it?” ha ha, so true, we are BEYOND fed up! Why then this fascination?

The answer is two-fold. Angel Strawbridge is to creative design concepts what Albert Einstein is to the theory of relativity and Dick Strawbridge is to engineering solutions what Thomas Edison was to inventions. Every time you watch Escape to the Château DIY you come away with new ideas, it awakens the creative spirit in all of us. It also gives us the confidence to think, well if Angel can do it so can I, and you say to yourself “OK time to upcycle that tired and dated piece of furniture”.

An Intro to Our Land by Dick Strawbridge

March 23, 2020 : ESCAPE TO THE CHATEAU DIY SERIES 4, EPISODE 1
In this first episode of Channel 4s Series 4 of Escape to the Château DIY, the French fairytale continues with the Strawbridge family making preparations for Guy Fawkes Night.  Angel and Arthur go hunting for some of Dick’s old clothes to dress Guy in while Dick is in the kitchen making homemade toffee apples. Together as a family they bob for apples, hunt for smarties in flour, a good time was had by all.

March 25, 2020 : ESCAPE TO THE CHATEAU DIY SERIES 4, EPISODE 3
As a result of the renovation of the medieval dungeon in Château du Masgelier Dick recounts how, when they discovered their cellars, they were stocked with Calva (or Calvados) a typical aperitif from Normandy consisting of a mixture of apple cider and apple eau de vie which is recommended to enjoy with foie gras.  To quote Dick “I would have bought the Château just for this”!

March 27, 2020 : ESCAPE TO THE CHATEAU DIY SERIES 4, EPISODE 5
At the Château de la Motte Husson, Angel gets some able assistance from daughter Dorothy in colour matching staircase trim.  She is learning fast from Mum!

April 3, 2020 : ESCAPE TO THE CHATEAU DIY SERIES 4, EPISODE 10
Dick shows off his tractor and hole filling skills as he does his bi annual driveway maintenance.