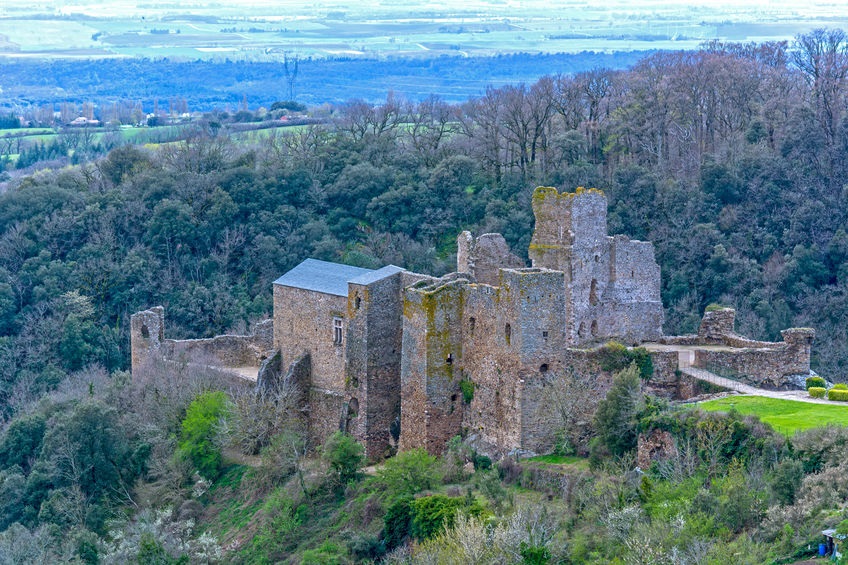 Earlier this month I authored what turned out to be a very popular blog about the dream of owning and renovating a chateau.  This is a dream which for a minute percentage of the population becomes a reality but for most of us it remains just that – a dream.  However, here’s the good news: there is now the opportunity for everyone to become part owners of a Château – and at a no-brainer price – through crowdfunding.

An alliance has been formed between the French crowdfunding site Dartagnans (aptly named) and Adopte un Château whose sole purpose is to restore and protect French castles.  Members buy shares in the château and all the funds raised go towards restoring it to its former glory.

Here’s an example, the Château Mothe-Chandeniers in the Poitou-Charentes region which dates back to the 13th century and has been in a sad state of repair following a fire in 1932 which damaged much of the building.

It’s an ingenious and effective way to raise the necessary capital to preserve historical buildings.  In the case of Château Mothe-Chandeniers (as of December 2019) €834,064 (£736,283) has already been raised.  For a pledge of just €50 donors become shareholders (and for an additional €10 you get a membership card and certificate of co-ownership for bragging rights!).  As an owner you have a say in monitoring the progress of work, events, proposals as a collaborative effort. €500,000 is the purchase cost including the castle, outbuildings and surrounding land and the balance will go towards restoration in the hopes of one day opening it to the public as a self sustaining attraction.

We also found the 13th century fortress Château de Vibrac which was once home to medieval French nobility for which shares are offered at €50 (€55.60).  This gives you lifetime access to the château – and your name in history, a plot of the garden bearing your name.

So if this prospect interests you (as of December 2019) Dartagnans had 7 other château crowdfunding projects including: Château de Lassay, a 15th-century castle in Mayenne, and Château du Thiel, a 12th century castle in Corrèze.

Please like and share this with your friends and happy Château hunting!  Would love feedback from anyone who decides to become a part owner!

Data courtesy of the Independent