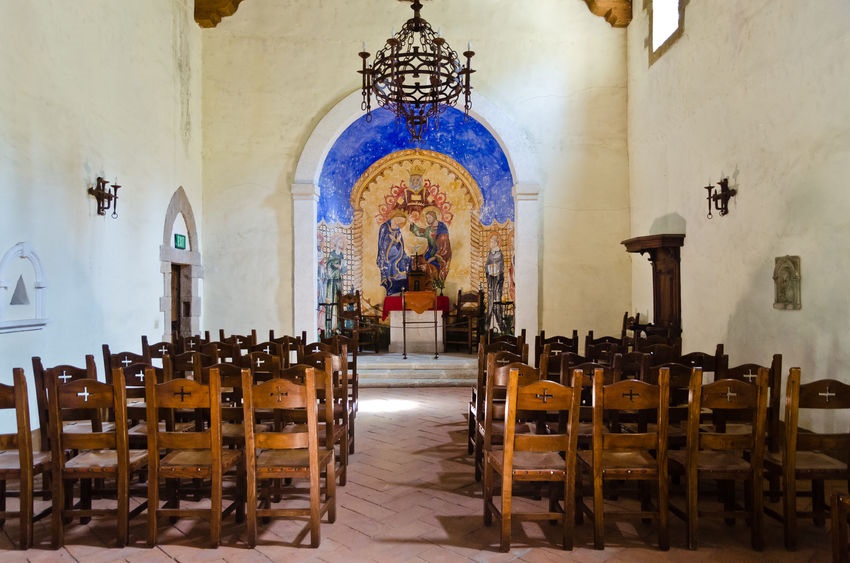 We were watching ITV’s 4 part series “Gordon, Gino and Fred’s American Road Trip” (which incidentally is very amusing) and last week their road trip took us to the Napa Valley home to an authentically styled 13th century Tuscan Castle, the dream of Dario Sattui a 4th generation winemaker.  So just to keep things interesting (and perhaps for your next holiday) we thought we’d feature it on the site!

Dario is the great grandson of an Italian immigrant, and pioneering vintner, Vittorio Sattui who in 1885 founded St Helena Wine Cellars which was the family home even after Prohibition closed the business in 1920.  After college Dario travelled extensively in Europe and where he fell in love with medieval architecture.  In 1972 he returned to the USA with plans to reopen the family winery which had been closed for over 50 years and in 1975 he launched V. Sattui Winery in St. Helena.

It took 20 years of searching for Dario to find his dream property in the Napa Valley and in 1993 he found 171 acres near Calistoga which is the location of one of California’s first vineyards (1846 Colonel William Nash).  The property offered acres of forest and hill, a stream and a lake plus a Victorian home.

In 1994 construction began on the Castello di Amorosa winery with original plans for an 8,500 sq ft building without cellars.  The dream morphed into what is now the 13th century Tuscan inspired 121,000 sq ft masterpiece with 107 rooms set between 4 underground and 4 above ground levels.  Intent upon authenticity in the construction (as evidenced by the interior photo above), Dario only used antique hand made materials and employed the same methods used 700-800 years ago.

This architectural masterpiece took 15 years and was opened to the public on April 7, 2007.  The interior needs to be seen to be believed, take a look for example at the Grand Hall with hand-painted Italian frescoes and a 500 year-old Umbrian fireplace.

Dario has documented the history of the project:

There is also a book available with hundreds of gorgeous photos of the castle and grounds as well as an exclusive tour of the castle by the man who made it possible:  “Castello di Amorosa: A Labor of Love”.  There’s also a virtual tour.

Please share with your friends, and enjoy the dream!